Other intersting projects I've worked on. Usually not games.

(Dates may be slightly off) 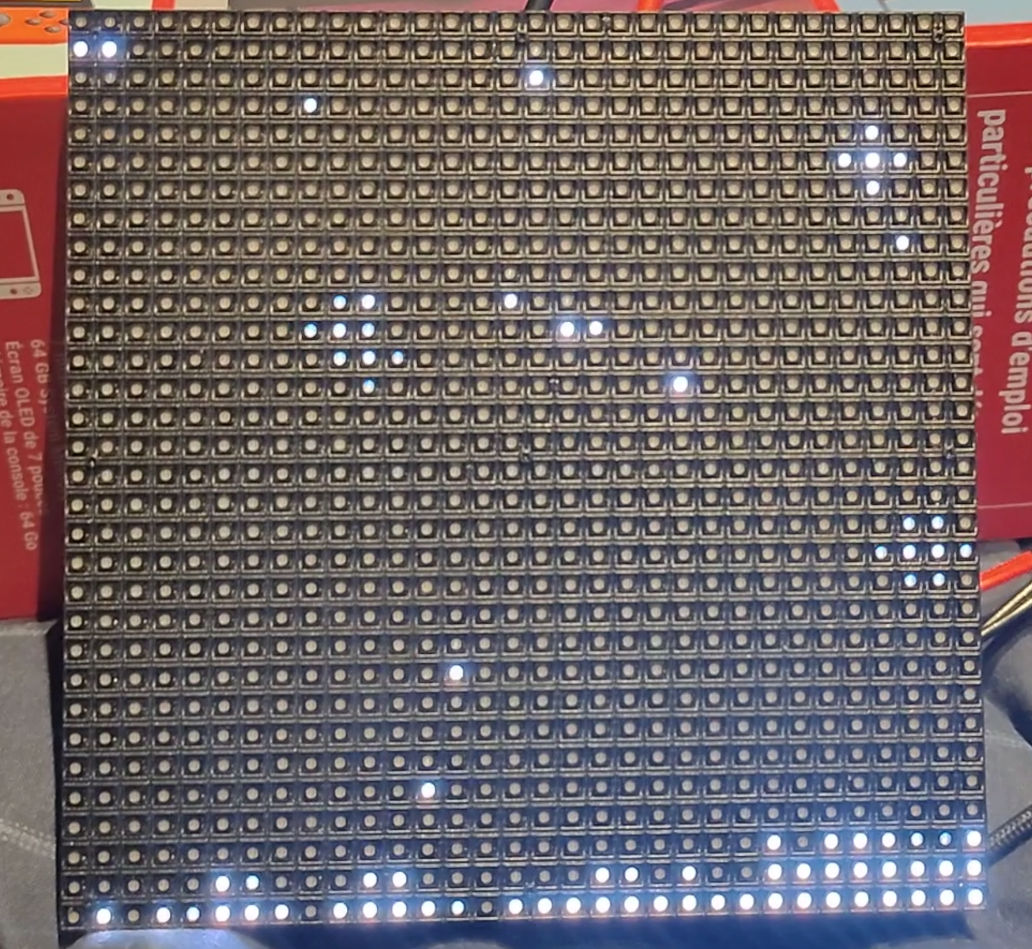 A little demo of falling snow, because someone bought an Interstate 75 + a panel and I couldn't just leave it lying around doing nothing!

Also made me realize that I have Twitter notifications turned on, as people apparently liked that one. 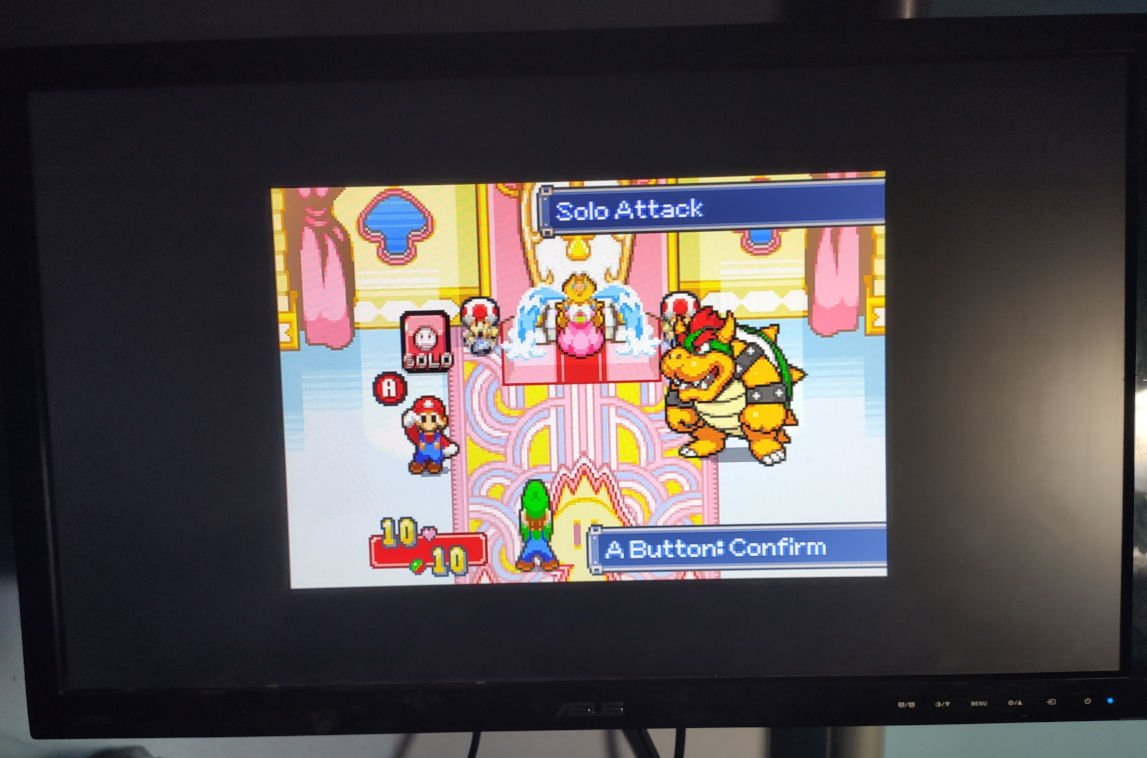 Connecting a GBA to a big screen with a < £4 microcontroller board (and a lot of jumper jerky) still seems worth mentioning here though.

Tweeted a few more pictures of this. 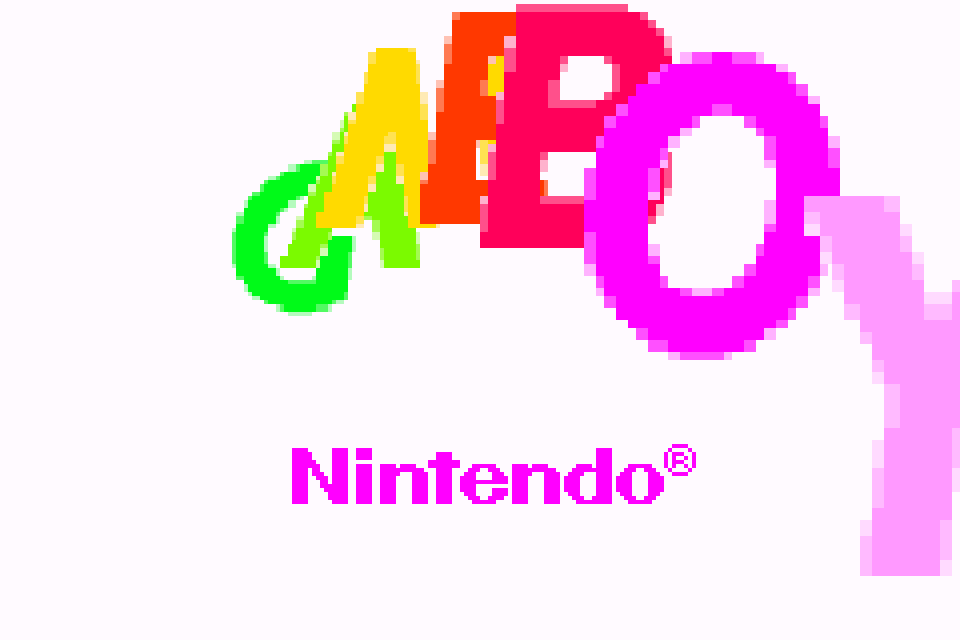 Ended up back here after just over a year (and a lot of lessons learned from improving the non-advance version...)

After a few more months of hacking it now actually works (most of the time) for the games I own.

Somehow still runs on in the 32blit (with a little hacking) and isn't entirely unusable... (That wasn't a goal while working this emulator as I thought it was unreasonable, but apparently not?) 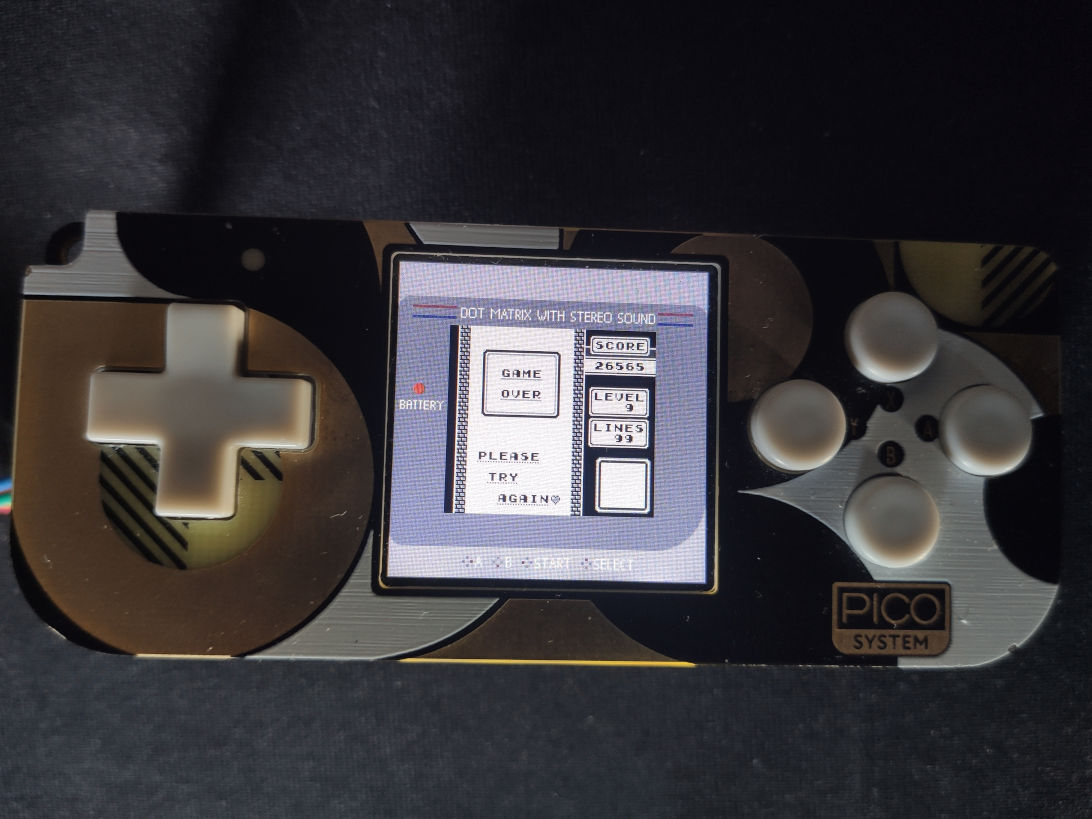 DaftBoy32 ported to run on the PicoSystem (with everything from the 32Blit version... except the performance). Also included a huge amount of accuracy and performance fixes. 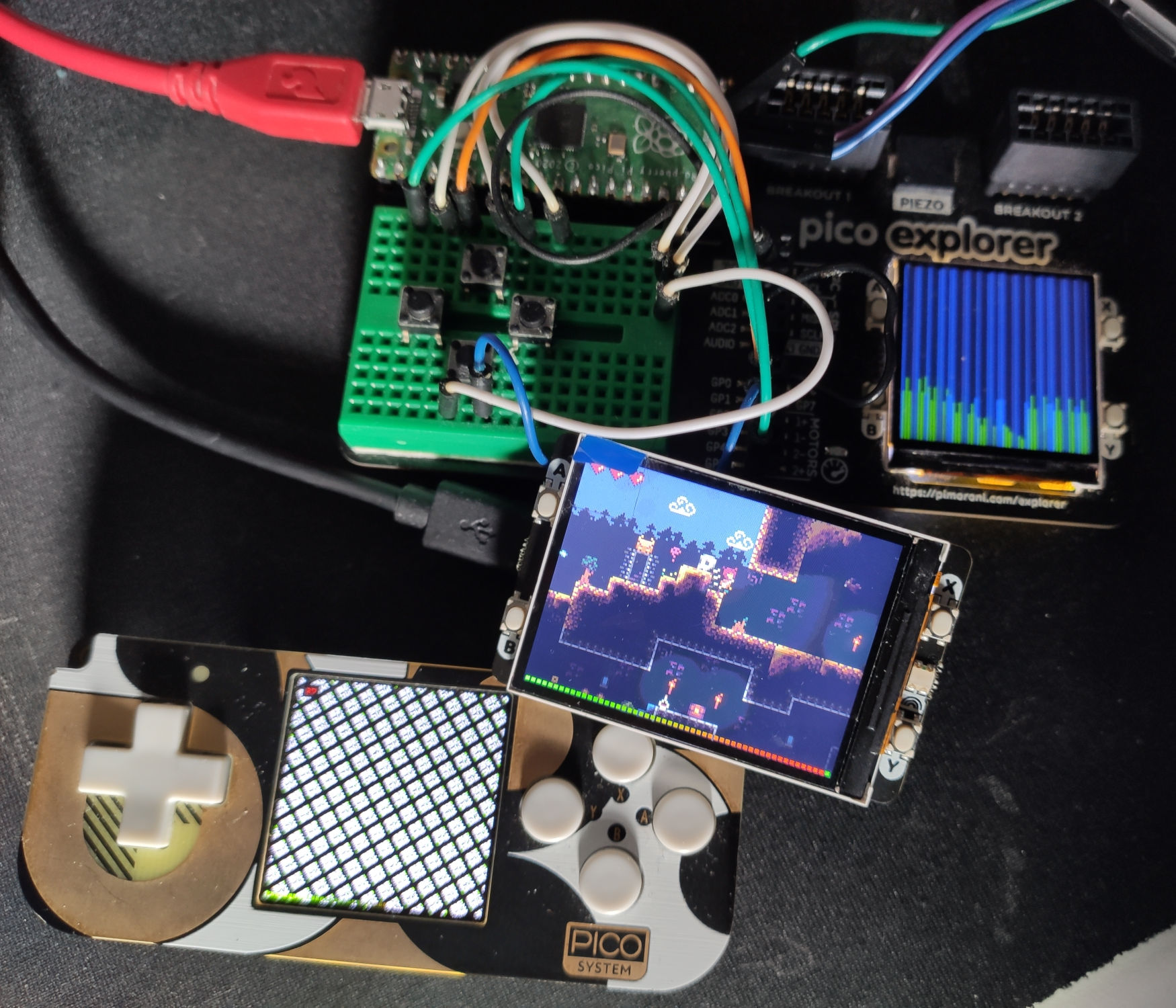 Existed as a bunch of hacks for most of the year (running on a Pico Explorer Base, then a VGA Demo Board). Became a lot more useful with the PicoSystem and ended up getting merged. (It's almost like the SDL Emscripten port again!)

(The date is when it was merged)

I still have a bunch of patches for using the SDK on pretty-much everything that has a screen of some kind.... 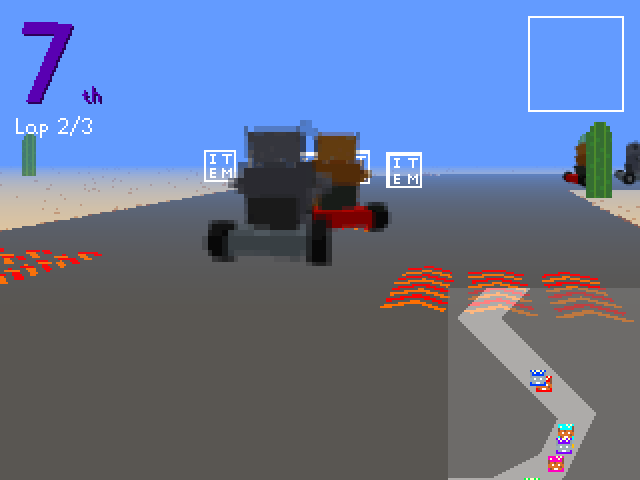 Was ported to the PicoSystem later, surprisingly. 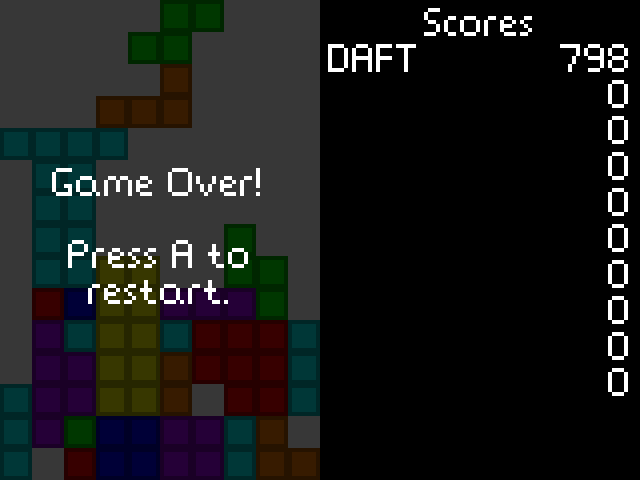 Another 32blit port of some old JS stuff, this time my unfinished Tetris clone. (The original code was called "ketris", if you recognise that you win a prize.)

Was ported to the PicoSystem later. 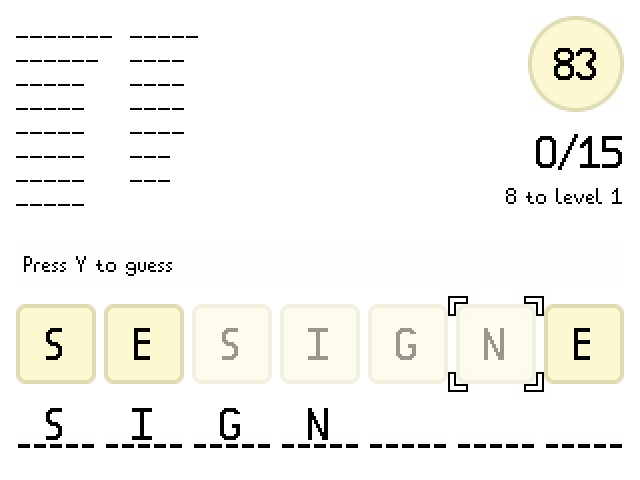 A 32blit remake of the best word game on this site. Has most of the game, though is missing anything related to leaderboards.

Source is here. (Unlike the original JS/PHP version which is still super-secret... or something) 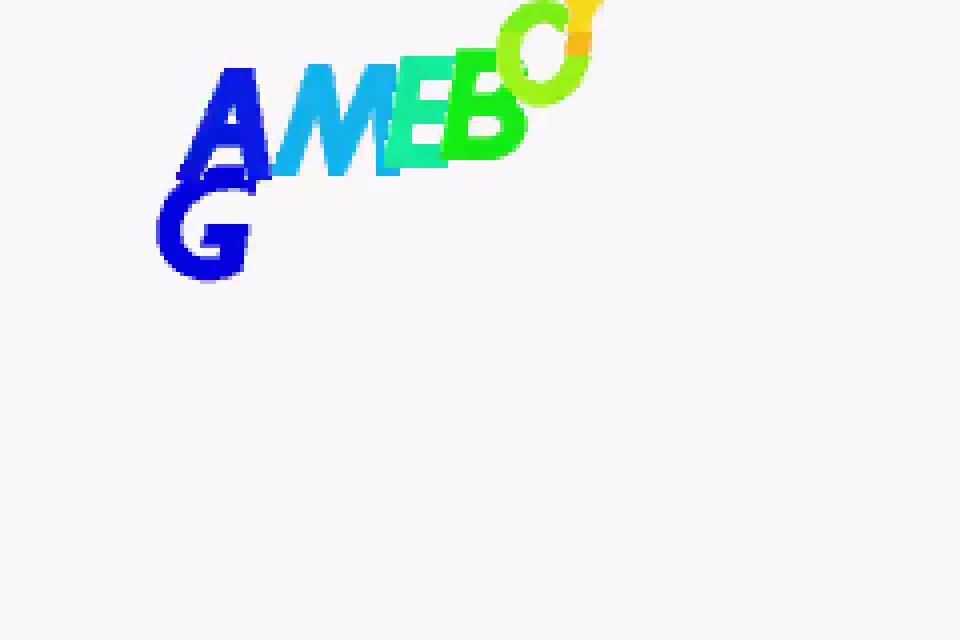 An attempt to write a GBA emulator based on DaftBoy. Got as far as running a game in about a month... with no sound and extremely basic display handling (no rotating/scaling anything). 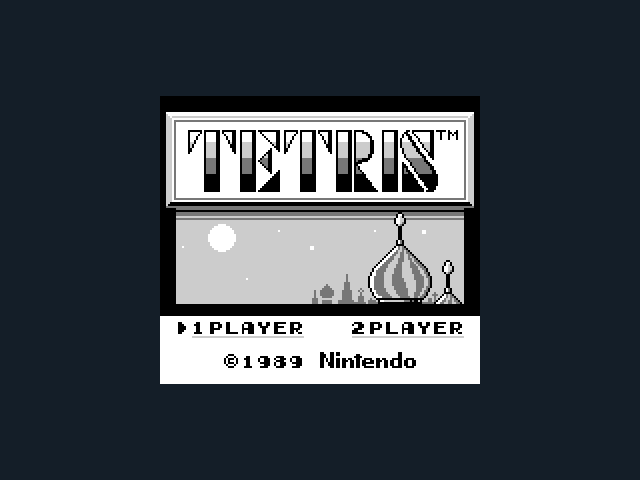 Needed something to do after DOOM, decided to build an emulator. Got to the point of running Tetris in about a week. And then significantly longer fixing bugs...

Not the most accurate emulator ever, but does run the few ROMs I had around to test with.

In July/August it got (partial) Game Boy Color support (and a pile of fixes).

The source was released in Jan 2021... with even more fixes! 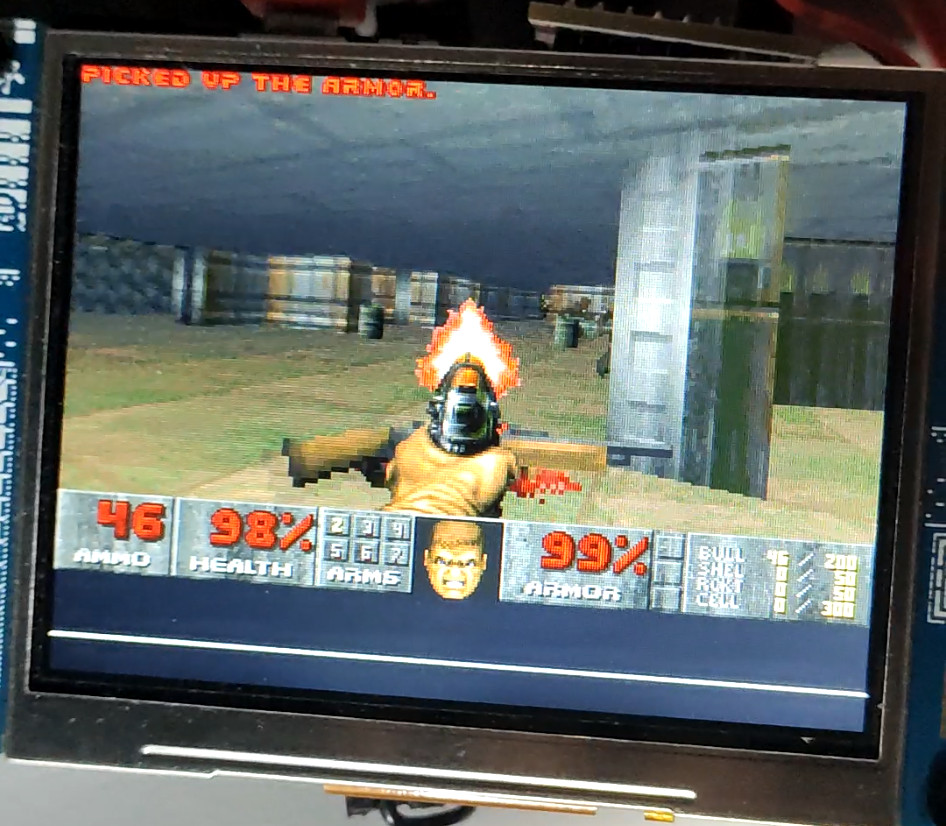 I think this is my first port of anything. It involved a lot of memory trimming and allocation adjustments. Also resulted in more API improvements, including adding a palleted scren mode to the API.

(Image is from an early video, it does fill the screen now.) 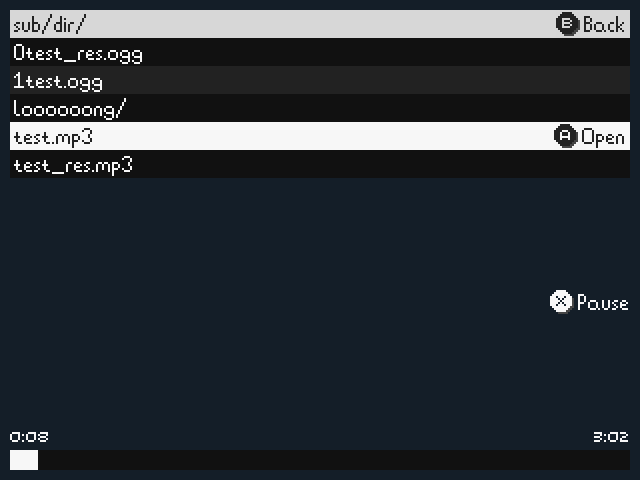 The logical next step after audio, right?

This was made easier by the fact that the hardware has a JPEG decoder, just had to add an API for it...

(Yes, the screenshot is from the music player. The UI is mostly the same and if a video was playing it would just be a picture of a video...)

Wanted to see if it was practical to stream audio into the recently added audio buffer support. After finding a small MP3 decoder this grew into a full music player app.

Also resulted in some API improvements and bugfixes for the 32Blit code. 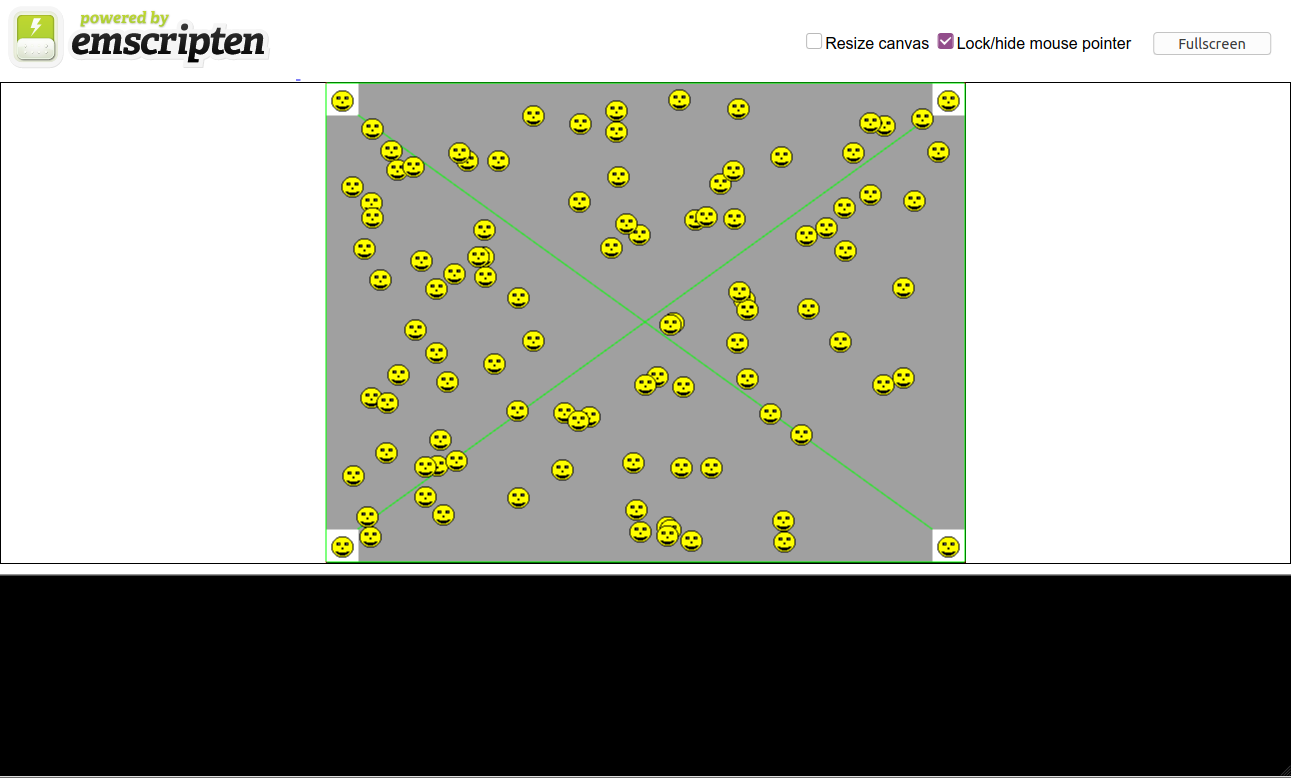 This started as something I was working on for myself, but quickly ended up with more contributors.

The date above is when it was merged upstream, which was slighly unexpected as this was one of my first open-source projects.

You can see the original work here and current work here.